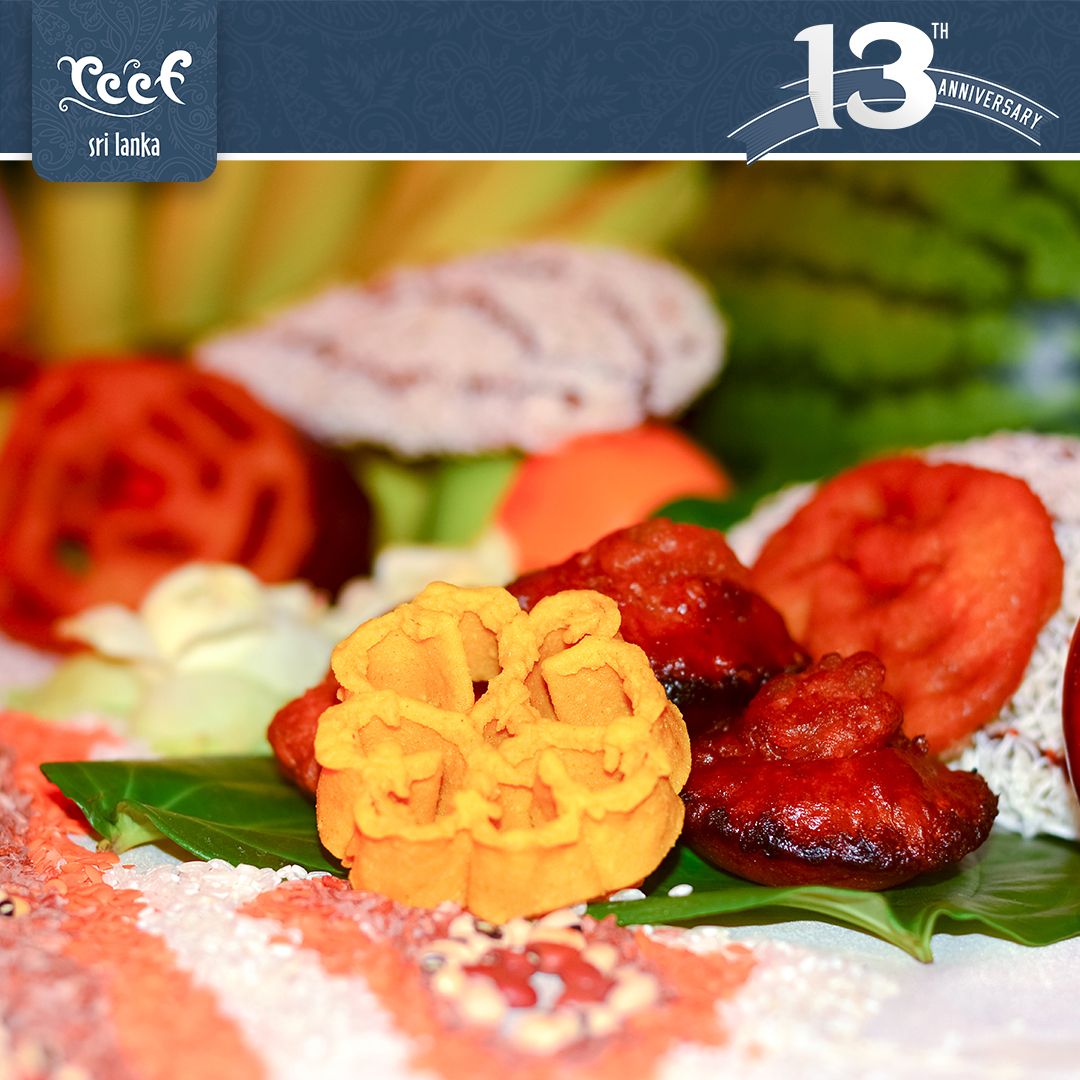 April 13 and 14th marks Avurudu which is the Sinhala and Hindu New Year.

Symbolising the ending of the old year and the beginning of the New Year it's time for  festivities which encompass rhythmic beatings on the rabana  (a one-sided traditional drum0, sweet delicacies, and the melodies of the koel a string instrument used to sing in the New Year.

In Sri Lanka, for the New Year it is customary to spend time with restoring physical surroundings with households being re-painted, floors rebuffed and kitchens made ready for the preparation of the sweetmeats to celebrate.

In each household  the fire will be lit and over the flames milk, in a new earthen pot, will be boiled and allowed to  bubble over as a symbol of prosperity. The  traditional rice dish of Kiribati is then served.

Children will show respect to their elders by offering themselves of betel as a blessing bringing together generations of Sri Lankan.  It's a time of goodwill and friendship.

Sri Lankans will visit the local temple to receive the anointing oil and this is an essential part of the Sri Lankan New Year.

Once the many rituals are over people start celebrating with additional games such as havari hengima  (hiding the wig),  gotta pora  (pillow fighting), Lissana gaha  nageema  climbing the greasy pole) and Kamba adenoma (tug-of-war)